Home
/
Blog
/
eBay Listing Software
/
What Does The Future of eBay Look Like? | eBay Seller Story

What Does The Future of eBay Look Like? | eBay Seller Story 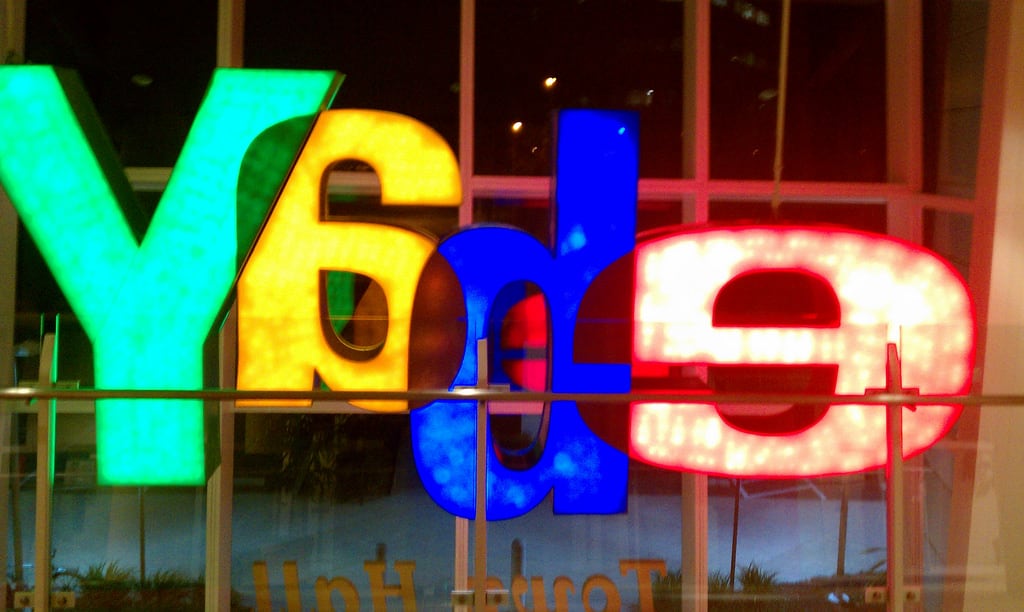 Before we look at the future of eBay, let's see how it all begun...

When eBay first came into existence in 1997, no one expected it would become the first internet disruptor to the retail industry. Originally, the company was known as AuctionWeb, created by Pierre Omidyar as a site "dedicated to bringing together buyers and sellers in an honest and open marketplace."

The auction platform was an overnight success because eBay gave anyone the opportunity to sell just about anything. At that time, the sole requirements were a digital camera to take pictures and stuff to sell. The brick and mortar retailers were able to sell items without making a significant financial investment to build and maintain a website.

In fact, eBay created a sort of social network for retail giving the community a rating system and feedback scores so sellers and buyers could build their reputations. Pierre Omidyar valued the community feedback as the barometer of how well the company was performing. That system determined the future of eBay right there and then.

Very quickly, eBay started growing and changing. In 2000, "Buy It Now" functionality was released and sellers were able to list items at auctions or offer them at a fixed price and in 2001, eBay launched stores and anyone could set up a storefront on the site using eBay's tools. That gave additional benefits to large sellers in particular because it was an opportunity to quickly expose products to the global market.

For myself, selling on eBay started back in 2002. I was relocating back to NY and there was stuff that was not being moved so its majority was sold at auction for profit. Auctions were still the favorite way to sell items and a thought of opening a store never even crossed my mind.

Since my professional career went on the path of the digital online world, I was able to understand eBay's analytics by studying how the items were sold. Retiring family members started giving me their things to sell and making extra money was easy. In the fall of 2005, I attended eBay University for the advanced selling course to find out that eBay Live was going to be held in Las Vegas in July 2006. These courses and the advanced classes with instructors gave me insights to increase my overall sales and thus, my path of opening an eBay store.

My store opened in the fall of 2006 after I sourced enough inventory for it to be cost effective. Based on the classes given at eBay Live, I took advantage of all the optimization techniques and my sales grew incrementally. Slowly, my auctions were phasing out and "Buy It Now" became my favorite way to sell.In 2007, the iPhone launched and no one could have predicted the level of disruption it would cause in the mobile technology.

The technology disruption and changes at the top

As large corporations grow, leadership changes and people leave. In 2008, Meg Whitman from the original eBay team left and John Donahoe becomes President and CEO of eBay. eBay starts to change and enters marketplace competition. With the company's global growth, the seller fees were rising and the community began to complain. Small sellers who became millionaires due to their early success began leaving the platform as well, creating their online presence with websites because it became more cost-effective for them. In June 2008, eBay became one of the first companies to launch its own mobile shopping app for the iPhone. No one could have predicted the impact on online selling at that time.

Check out this video posted by eBay in 2011, explaining eBay auctions.

The impact of mobile shopping, from a sellers perspective

For me, selling on eBay was more of a hobby at that time and I did not pay that much attention to fees going up or the impact of the mobile app that was happening. My sales were excellent and I had found some great products to source. However, in late 2011 I saw a significant decline in my sales. After some research, I was able to answer why it was happening.

Firstly, the products became oversaturated in the categories I was selling. That drove lower demand and prices. Luckily, I caught the trend early enough and realized I had to find other products to sell if I wanted to keep the store profitable. By testing my listings on an iPhone and iPad via the app, I noticed that my listings were not appearing correctly.

Using a separate listing tool, I did some research to see that my listings were not optimized for mobile devices. Thankfully, the tool had that functionality so by making one correction on about 50 listings, my sales started to grow again!

Later in 2012, sales started to decline again and closing the store was a consideration. A friend suggested trying to source items that people wouldn't want to pay the full retail price for and after doing some trend research, my store ended up expanding into new categories that are in demand.

The Future of eBay

The future of eBay lies in the past

‍What made eBay great was the opportunity they gave anyone who wanted to start their own business, allowing them to do so in a matter of minutes. Your investment was time, a digital camera and something to sell. It was also about community and in the early years, eBay listened to its community carefully and acted accordingly.

For any global organisation to be successful, they need to adapt themselves to the ever-changing world of technology. 15 years ago, the world of eCommerce has changed and mobile technology played a big role in its future development.

‍1. Bring the community back and listen to sellers. The seller & buyer reviews have gotten simplified while more transparency for everyone creates a better seller experience and marketplace.

2. More selling options. In some listings, there is a new option to lower a price of an item automatically by a specific percentage after the listing expires, then it is relisted automatically. If you're a full-time seller, this could work for you but be aware of what your profit margins are. Reducing your price by a few cents will increase the probability of an item selling and not having a significant impact on your profits.

3. Avoid the auction, make an offer. Auctions still do well if you have an item that costs you practically nothing to acquire and it is in demand. A few months back a new option was added that allows the buyers to make an offer on an item that is listed as a fixed price listing. Now, a seller has the opportunity to set a price range to accept or decline it. It works like an auction but it is not an auction. For my store, it has increased sales.

4. Paying for premium listing placement. There is a new option for sellers to pay for higher listing placement. It is based on a trending ad rate that eBay has determined. When the item sells, the fee is calculated on the trending ad rate percentage. When the item appears in an eBay search, it shows as a promoted listing. There are additional benefits if you're a top-rated seller or have an anchor store. Again, you need to understand the impact on your profit margin. Someone with a long time selling experience knows that a detailed listing with a competitive price will always sell. Organically, people search for the lowest price first and free shipping.

5. The mobile selling experience. There is no synergy between creating a listing using the mobile app and creating a listing on a desktop. The app has too many bugs. At least 60% of buyers shop on mobile devices so the best practice is to list your items on a desktop computer and make sure that your listing is mobile responsive. There is a lesson that they do not teach in business school: it is ok to be number two if you deliver better value and experience to your customers.

For eBay, its future is based on its past because its success was built on a strong community that voiced opinions and platform changes were made accordingly. It has the technology and the data to create tools that will help sellers be successful and create a more balanced global marketplace.

Neil Shapiro started Neil's Hot Deals in 2006 because his parents were retiring and they had stuff they did not want. Now, spends his weekends at the thrift stores finding new items to sell. Fun facts: Neil is an avid drinker of unsweetened ice tea, bucket list travel destinations: Australia, Israel, and Alaska.

Ready to get started?

Thank you! Your submission has been received!
Oops! Something went wrong while submitting the form.

No fees. No credit card. No risk.

..it is essential that you have software as an ally, capable of satisfying all your needs, and that can save time on tedious tasks so that you can focus on more important things. So, we've come up with a list of the best eBay listing software to make your decision even easier.

Our eBay listing software makes it possible to update eBay zip code in bulk! Read this blog post to learn about the eBay item location policy, what it means and how to update your eBay listings zip code.

What Does The Future of eBay Look Like? | eBay Seller Story

Neil Shapiro, started selling on eBay in 2006 and now, 12 years later he shares with us his vision on the future of eBay. From technological globalization to community building - what can eBay's history teach us?